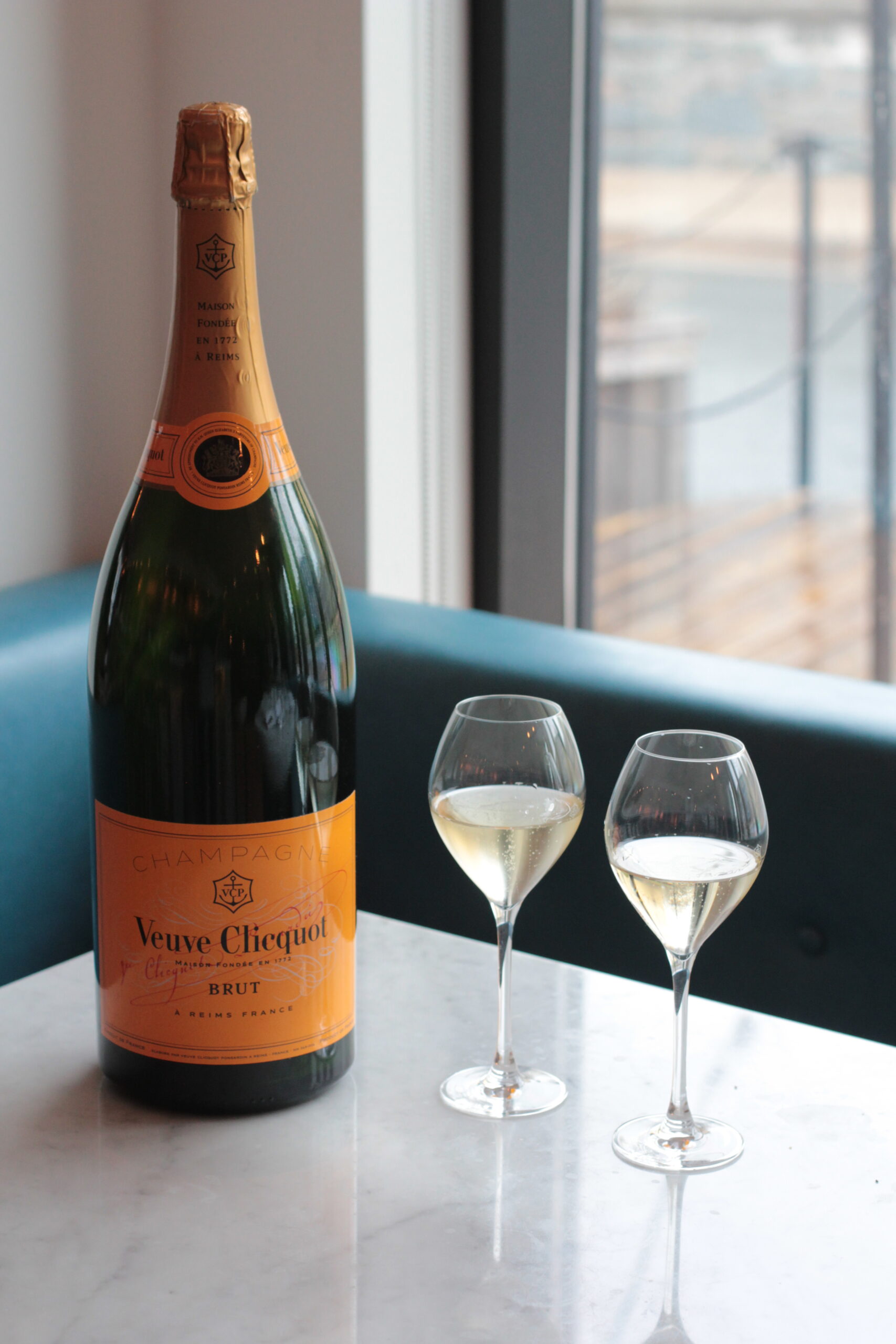 The Women of Champagne

Madame Clicquot the woman behind an empire

In the early 19th century, the wine industry, like most industries, was dominated by men. Champagne, however, has a rich history of female tenacity and ingenuity and it all begins with Madame Clicquot of Veuve Clicquot.

Born Barbe-Nicole Ponsardin, Barbe-Nicole took the name Clicquot when she married Francoise Clicquot in 1798. While their families owned a winery in conjunction with their textile business it was only a small off shoot of the family business. They often only sold wine as an afterthought adding bottles of still or sparkling white wine to round out textile orders.

It was Madame Clicquot and her husband that decided to grow the wine side of the family business investing in expansion and learning the ins and outs of wine making. Their gamble however did not pay off as the Napoleonic Wars made it difficult to launch the winery as a more serious business.

In 1805, Madame Clicquot was 27, she had a young daughter, and her winery was on the verge of collapse. Then Francoise died.

Through her grief at the untimely death of her husband Madame Clicquot had her livelihood and daughter to worry about. Risking her own inheritance she kept at it, struggling for years with little success until the businesswoman at last saw her opportunity. The Napoleonic Wars were winding down and trade was poised to open again. Madame Clicquot smuggled 10500 bottles of her famed 1811 vintage to Amsterdam where she readied herself to race to Russia the moment she could be let through. She ran the risk of her shipment spoiling in the heat and timing was of the essence. With treaties signed, the widow’s cuvée beat her competitors to the market by weeks, finding its way into the glass of Tsar Alexander I who declared that he would drink nothing else.

Madame Clicquot’s success meant she needed to find a way to streamline production. To produce champagne’s signature bubbles, the wine must undergo a second ferment in the bottle with yeast and sugars, but the yeast leaves sediment and makes the wine cloudy. The most common method for refining was opening the bottle and pouring the wine into a new bottle, leaving the yeast behind. This process took time, wasted product, and dispersed many of the bubbles.

Madame Clicquot sought efficiency and created her own process that would reduce wasted time and product. Clicquot created a rack and a process known as riddling, which consolidated the yeast at the neck of the bottle, allowing it to be removed quickly and easily. This technique is still used in the Champenoise Method today.

The innovation allowed Clicquot to produce far more champagne at each harvest which allowed her to expand her business into a world-wide empire, creating one of the first mass-market luxury products in the world.

Clicquot’s marketing finesse turned her champagne house into a brand enjoyed by royals throughout Europe and made Veuve Clicquot’s orange labels recognizable and still known today. She was also the first to invent the blended rosé in 1818 whereby red wine is blended with sparkling wine.

“Veuve” and its significance

The word Veuve means widow. Madame Clicquot was a widow at 27 and the freedom being widowed granted her was the reason she could have the success she did.

In the 19th century unmarried women were dependent on their fathers or brothers, they couldn’t have bank accounts or travel freely, and married women were forced to rely on their husband’s money and power. It was only widows who were allowed to own property and businesses in their own name, control their own finances, and move freely in society.

Many other widowed women in Champagne followed in the footsteps of Madame Clicquot. In early 19th century Champagne it was women running some of history’s most recognizable champagne houses and who pioneered the attributes we consider mainstays today. The iconic bottle shape, clarity, flavour, and luxury marketing, it was these widows of Champagne who turned bottles of bubbly into a world-famous celebratory drink.

The champagne widows were so successful that some champagne houses added Veuve to their labels despite not sharing that history. They would scour family trees to try and justify the label. At one time, there were many dozens of fine Champagnes sporting the word veuve on the label.

The widows of Champagne

Louise Pommery masterminded the creation of Pommery Brut Nature in 1874. The champagne house became known as Veuve Pommery. It was Pommery’s direction that led the winery away from reds to the flourishing champagne sector. Her goal was to create a high-quality sparkling wine for a customer base she saw as underrepresented – the English. Pommery created a champagne with a dry flavour profile to court the untapped English market as they tended to enjoy dry drinks compared to the sweet flavour of the champagne of the time. Thus, she drafted Brut Champagne, which is now a standard in worldwide sales.

Mathide Emilie Laurent-Perrier inherited the champagne house after the death of her husband in 1887, who had inherited the house from his employer who died with no heirs. Laurent-Perrier took the work of Pommery a step further, creating and bottling the Grand Vin sans Sucre, a vintage with no sugar added before the second ferment. The bottle debuted at Brébant, the restaurant of the Eiffel Tower over a century before the non-dosage trend would sweep the champagne world off its feet.

Bollinger took over the champagne house in 1941 and immediately expanded production. She raised the international profile of the house and introduced a new style of champagne to the market. Disgorgement, the process by which the lees are removed from a champagne bottle after fermentation, can spark a variety of flavour changes in the wine as the vintage is exposed to oxygen. Late disgorged wines can offer a combination of complexity from a long bottle aging and a fresh bright flavour profile with little oxygenation. Before Bollinger, this style, which she dubbed “recently disgorged’ or simply “R.D.,” had only been available to those with close ties to the industry. Bollinger release R.D. 1952 to the public, creating what would be one of the house’s signature styles and creating the first cuvée to give the wine drinker the opportunity to savour a champagne which had aged an infinite length of time.

More recently Carol Duval-Leroy took over Duval-Leroy in 1991 following the death of her husband. Duval-Leroy put aside her dream of running a restaurant having promised to keep the champagne house in the family. She expanded exports, increased production and launched a prestigious cuvée called Femme de Champagne, a nod to her status as one of the only women in charge of a champagne house. 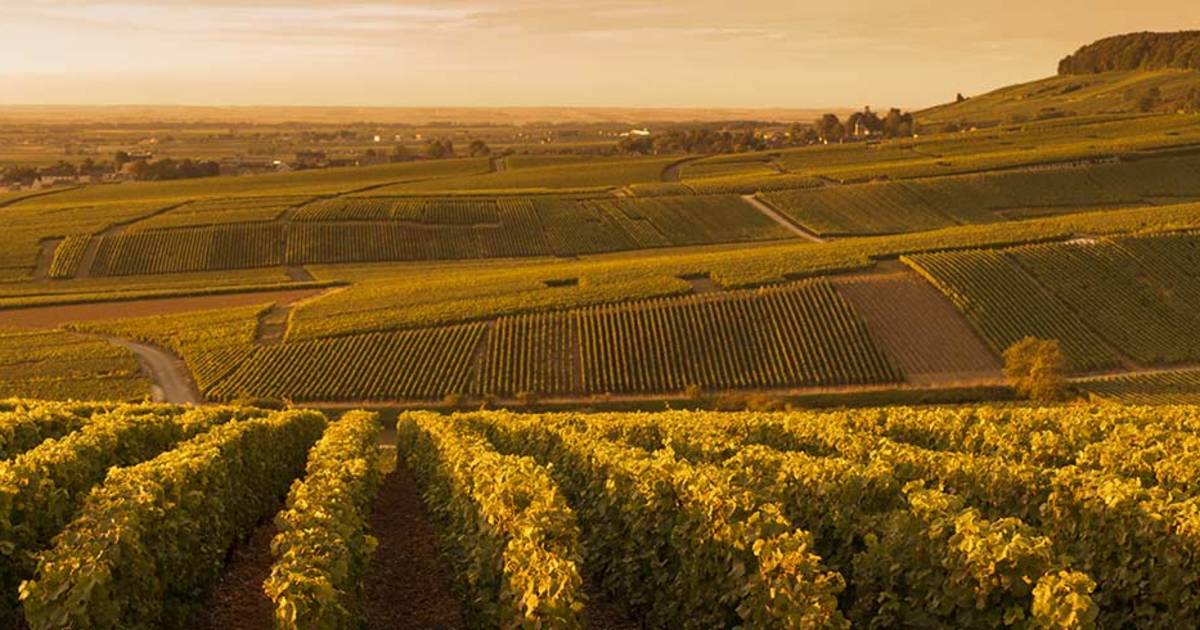 Join our email list to stay up to date with what's happening at Eliot & Vine. We will not share your details with any other parties and will only send you updates when we have something to share.